It has been reported that Cardiff City are reportedly making a move to sign Manchester United defender Fabio permanently. 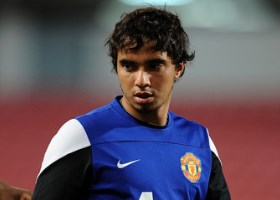 The 23-year old Brazilian international left-back is out of contract in the summer and could be lured to play under former United coach Ole Gunnar Solskjaer in south Wales.

Cardiff’s loan for United winger Wilfried Zaha is set to be completed soon meaning the Bluebirds cannot bring in Fabio on a short-term deal but Solskjaer is hoping to sign him in a cut-price deal before the end of January.