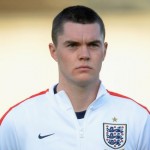 Keane, who played twice for United in the League Cup in 2012-13, is known to Bluebirds boss Ole Gunnar Solskjaer from his time at Old Trafford.

The 21-year-old centre-back has had loan spells at Leicester City, Derby County and Blackburn Rovers.