It has been revealed that Arsenal fullback Carl Jenkinson was delighted to be back for their win over Hull City. 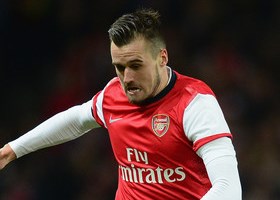 The England international right back impressed in just his fifth league start of the season against Hull City and says he wants to be part of the ever-improving back four.

Jenkinson told Arsenal Player : “It’s always nice stepping into a defence who have been playing how they have been,”.

“Of course it’s great to be a part of that especially because we’re top of the league and we’re flying at the moment so I want to grab every opportunity I can with both hands.

“If we play how we have been playing I’m sure we’ll be fine but of course things can change quickly in football and it’s very important that we go into these games with the right attitude to continue this run that we’re on.”