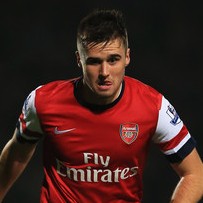 Reports are out claiming that Carl Jenkinson is expected to sign a new deal this week with Arsenal.

The People reported that his new contract at the Emirates, worth £30,000 a week, is so close to completion that he could even put pen to paper on it before the end of the week.

The fullback joined up with the England squad yesterday.