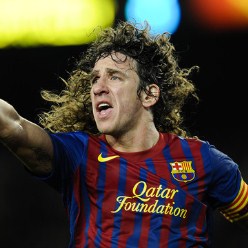 The reigning Spanish champions conceded a late goal to draw 1-1 with Espanyol on Sunday, 24 hours after Jose Mourinho’s team had demolished Granada 5-1.

However, the Barcelona captain is refusing to panic, telling the club’s official website: “Five points is a significant distance, but it can be retrieved.

“We will not concede the league and will fight to the end.

“We still aim to be champions.”