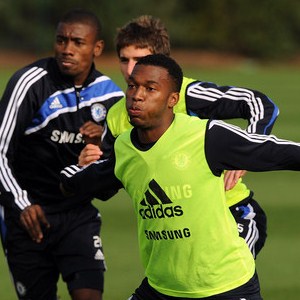 The England U-21 striker gets the nod along with a string of youngsters and reserves in tonight’s Carling Cup-tie with Newcastle.

However, despite Sturridge’s first Euro goal for the club on his Champions League debut last week, Ancelotti has demanded improvement.

He said: “He played an important game on Wednesday and scored but he could do better. I expected more of him on Wednesday.

“He has fantastic ability and I’d like to see these skills and ability more in a game.”

Romelu Lukaku Eager To Go Out On Loan