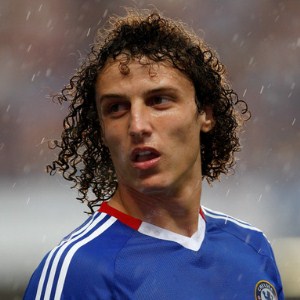 Carlo Ancelotti has denied claims that he is upset with defender David Luiz over Javier Hernandez’s opener for Manchester United yesterday.

The Italian boss was asked whether he was angry with the Brazilian international, who by dropping deep had allowed Hernandez to beat the offside trap for United’s first goal.

The former Benfica defender was substituted at half-time.

Ancelotti said : “I was not angry because I took him out at the end of the first half but if I had 10 or 11 substitutions I wanted to use all the substitutions,”.

“Sometimes it can happen, I don’t want to be angry because if this game was important for us to fight for the title, it was because the players did really well and I want to say thank you to them because for two months we were the best team in the Premier League, but today we didn’t do our best.”