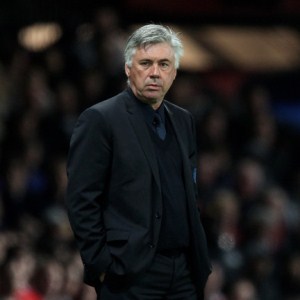 It has been revealed by The Sun that Chelsea boss Carlo Ancelotti will be axed by Roman Abramovich if they’re beaten at Manchester United tomorrow.

The reigning Premier League champions were 15 points adrift at the start of March but have made a stunning late surge.

The Blues have only dropped just two points from their last nine games while stuttering United have squandered 11.

However it is said that another failure against Alex Ferguson’s men, who beat Chelsea home and away in the quarter-finals of the Champions League, will not be tolerated by ruthless Russian owner Abramovich.

He has already decided to axe the former AC Milan coach after just two years in the job if Chelsea flop again against their big rivals.

Which means on Monday the Blues’ billionaire boss could be searching for his seventh manager in just eight years at the helm.