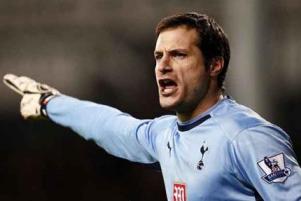 Good news for all Tottenham fans as goalkeeper Carlo Cudicini is due to be discharged from hospital today, eight days after a horror motorbike smash.

The Tottenham goalkeeper, now age 36, has undergone surgery on his broken wrists and had a metal plate inserted in his pelvis.

The Italian’s speedy recovery has stunned the doctors but he will undergo a final medical test this morning before being released.

It is said that Cudicini will be on crutches for at least three months but insists that he will play again despite suffering what were described as ‘life-changing’ injuries. Harry Redknapp Pleased With The Performance Of Heurelho Gomes