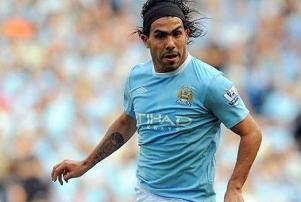 Manchester City are currently one place above the Reds in the Premier League table and are being hotly tipped to challenge the traditional big four.

Liverpool on the other hand have lost five league games already this term and their Champions League qualification is hanging by a thread.

However the former Manchester United striker has no sympathy for Argentinian pal Javier Mascherano and his team-mates with a huge prize up for grabs.

Tevez told reporters that Liverpool will help Manchester City qualify for next year’s Champions League if they keep having problem.

The Argentinian international striker also said that Manchester City will also have to focus and on what it has to do but it is good news that Liverpool are struggling so far this year.