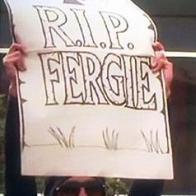 The sun shone for Manchester City as the Premier League champions celebrated their long-awaited and dramatic title win with a euphoric victory parade but the event was marred when Carlos Tevez held up a controversial banner.

The Argentine striker was caught on camera holding up a mock tombstone banner with the words ‘R.I.P. Fergie’ in reference to Manchester United manager Sir Alex Ferguson.

It is unclear where he obtained the banner but he did not appear to have it when he boarded the bus to begin the tour of the centre at Albert Square. 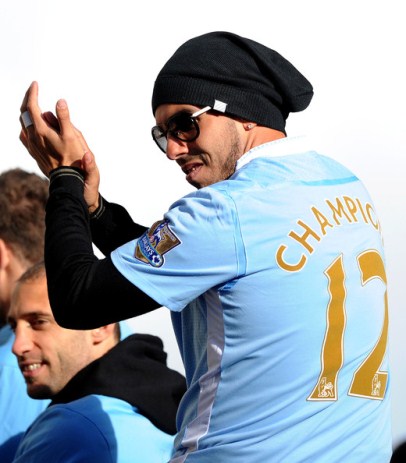