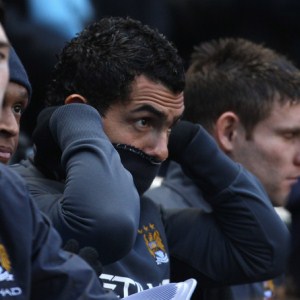 It has been revealed that Manchester City players are rallying around Carlos Tevez over his penalty miss in victory over Blackpool.

City winger Andy Johnson insists skipper Tevez will carry on as penalty-taker despite his miss.

Italian international Mario Balotelli converted two spot-kicks in the 4-0 romp over Aston Villa, but Johnson feels he will struggle to get the ball off the Argentinian.

He said: “Carlos will still be taking them. He’s the top scorer and the main man, there’s no chance of anyone else getting them.”

Emmanuel Adebayor : I Will Wait For Real Madrid!