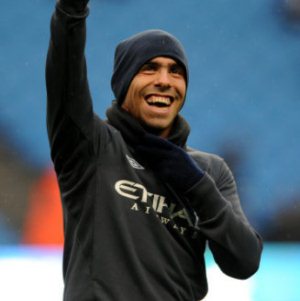 Manchester City captain Carlos Tevez has declared that he wants to win something this season for the faithful fans.

The former Manchester United favourite insists that there is a belief inside the club that they can win the Premier League title.

Tevez told City’s website: “I think it has been such a topsy-turvy season so far, with everyone beating everyone else. What we have to do is start believing that we are a big club, get our act together and concentrate, and be strong enough mentally to go five or six matches.

“It’s a case of thinking about it properly and getting our mind-set right in order to get those half dozen wins in a row which will give us that belief that we can be champions.

“I really like the desire the fans have to win something, and I sense it. It gives me a lot of strength.

He ended by saying : “I know it is hard for people to go week-in, week-out, it can be expensive and it is not the main priority in life, but they make it their main priority. That motivates me and we all want to the same thing – to make history and win trophies at City.”

Joe Hart : I Would Have Left Manchester City!