Reports are out claiming that Liverpool legend Jamie Carragher says Gareth Bale is capable of becoming a Real Madrid great. 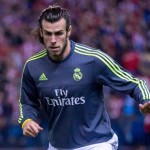 The former Tottenham star has just led Wales to Euro 2016.

And Carragher wrote in the Daily Mail: “Is he good enough to take a team to European domination, just as Dalglish did? I believe he is. What he has helped Wales achieve is remarkable. Should he back it up with even greater displays at club level, entry to the pantheon awaits.”

The former Liverpool defender stated that the 26-year-old is yet to have reached the heights of British footballing greats like Ryan Giggs, Bobby Charlton, Kenny Dalglish and George Best, but was quick to point out that, “If those are the qualities by which we define greatness, Gareth Bale’s claims for being included in this argument continue to get stronger all the time.”

I Want To Be Greatest Goalscorer In Real Madrid History! – Ronaldo

Marcelo : Sevilla Match Will Be Tough!