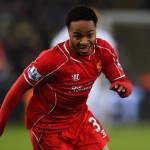 Reports are out claiming that Liverpool legend Jamie Carragher is confident they can defeat Manchester United tomorrow.

The pair meet at Anfield in a game that could go a long way to deciding who qualifies for the Champions League next season.

On his Sky Sports blog, Carragher said: “I class Everton v Liverpool as the derby game but you’re talking about two of the most successful British teams in history.

“At this time both sides are vying for the Champions League spots but want to be going for the title.

“It’s a huge game historically but you would want these games deciding league titles, FA Cups and other trophies really, but it’s always a big game and always will be.

“I fancy Liverpool with the form that they are in but Manchester United did play really well last week.

“I just think it being at Anfield, and watching Liverpool beat Man City there a couple of weeks ago, if they put in the same performance they may just shade it, 2-1.”