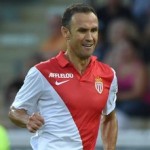 It has been reported that AS Monaco defender Ricardo Carvalho has fired a warning at Chelsea’s Premier League rivals.

The 36 year old former Portuguese international centre back is convinced his old club will win the title this season under Jose Mourinho.

“With him you learn every day,” the former Porto, Chelsea and Real Madrid defender has said.

“His second years are better than his first because the players know each other better.” Chelsea’s Cesc Fabregas To Return To Action With Mask