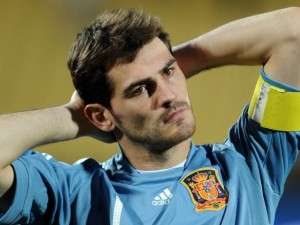 Real Madrid goalkeeper Iker Casillas clashed with teammate Guti during their defeat at Sevilla on Sunday. Guti and Casillas furiously argued during a 72nd minute corner.

It is said that Casillas shouted to Guti “What are you doing? You’re do nothing, you’re marking nobody!”.

Guti, gesturing, responded by saying “Look, there are four (Sevilla players) around me.”

After some mean stares and more remonstrating, Guti turned to his keeper and blasted: “So, shut-up!!” Beckham : Real Madrid Can Beat Barcelona For The Title!