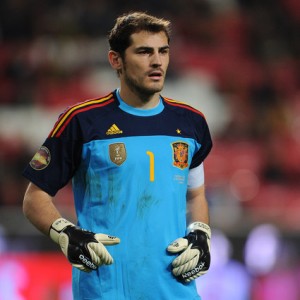 Real Madrid captain Iker Casillas has admitted that the clash at Barcelona or “El Clasico” could be decisive in the title race.

At the moment, there is only a point separating the two teams going into battle.

“This year we are determined to win,” the Spanish international explained to Marca.

“Although we are a point ahead of Barcelona, I would not take a draw.

“There is so much equality between Real Madrid and Barca that the Clasico could decide the league.”

Much of the talk approaching the big fixture has circulated around new Blancos boss Jose Mourinho, who is yet to taste defeat leading the capital side.

“With him we have become accustomed to not lose a game,” Casillas said with confidence. Danilo Prepared To Fight For His Place At Real Madrid