Arsenal midfielder Santi Cazorla insists that the north London club will now focus their attention on their next Premier League fixture. 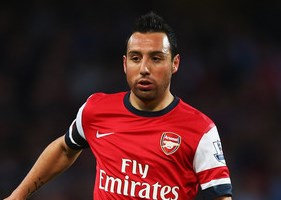 The Spanish international landed man-of-the-match honours as the Gunners produced a 3-1 comeback victory over West Ham United, allowing them to return to fourth position.

It was an important result for Arsenal but Cazorla insists the emphasis must now be placed on the trip to Hull City on Sunday.

“The most important thing tonight was to win. We need to win all of our games but we must recover for Sunday – it’s difficult to play every three days,” he told Sky Sports.

“The most important thing was to win and to get ready for Sunday.”

I want to win a trophy with Arsenal – Walcott