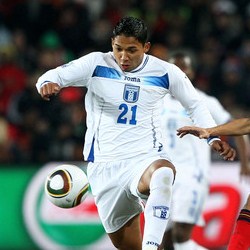 It has been reported that Celtic have slapped a £10 million price-tag on left-back Emilio Izaguirre.

The Scottish Sun revealed that Premier League clubs Manchester United, Newcastle and Aston Villa are all tracking the Honduran.

Liverpool are also keen with Kenny Dalglish leaving Parkhead on Sunday raving about the 24-year-old.

Hoops chiefs are now bracing themselves for a flood of summer offers.

The Parkhead club now rate Izaguirre at TEN TIMES the £1m fee they splashed out for him last August.