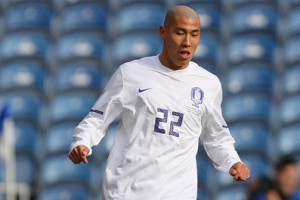 Interesting transfer news are out and it has been reported that South Korea defender Cha Du-Ri is on the verge of joining Scottish giants Celtic.

The 29-year old German-born South Korean international is set to undergo a medical in Glasgow on Thursday and will then join Celtic on a free transfer after his Freiburg deal expired.

Du-Ri, who has played 50 times for his nation, is set to become Neil Lennon’s first summer signing at Celtic Park and was excited about the prospect of joining the famous club.

The central defender said : “I am excited about playing for Celtic and living in Glasgow,”.

“Celtic are a big club and have a good chance of winning trophies.”

He also added that : “And I really want to play in a Glasgow derby. Even in Germany, people talk about the Old Firm game so to actually play in one would be amazing.”