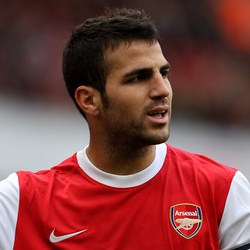 Victory kept Arsenal four points behind leaders Manchester United and Fabregas insists the Gunners are very much in the title hunt.

The Spanish international said: “We could have scored more goals. We started really well and had a good game overall.

“The most important thing was to get the three points as Manchester United had won.

“We are still in the race and they still have to play many difficult games. Just like us.

“The three points are the most important thing for us now. We need to be up there fighting with Manchester United.”