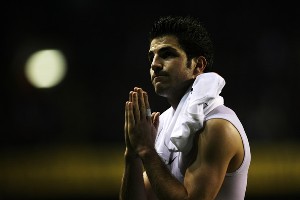 Reports are surfacing that Arsenal captain Cesc Fabregas is house-hunting in Barcelona.

Spanish newspapers have reported that Fabregas has begun seeking a new house in the heart of Barcelona.

It is also said that the midfielder said he enjoyed his time living in London, but is planning for the future, which includes buying a new home in Barcelona.

It was also reported today that Fabregas is unwilling to accept Arsenal’s new £30 million long-term contract offer and would take a move to Barcelona on less than the £120,000-a-week deal the Gunners are tabling him.


Ribery Wants To Play For Manchester United Or Chelsea