It has been revealed that Cesc Fabregas has urged Barcelona not to panic after their Champions League defeat to Ajax. 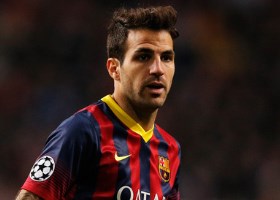 It was the Spanish champion’s first loss in any competition this season.

The former Arsenal midfielder said : “I saw similarly bad performances from Barcelona when I was at Arsenal. Now we just have to keep our heads up, because you can’t win them all,”.

“The team has looked united when we’ve been winning…” he added, before noting that “if you had to choose, it’s better to lose that sort of match, when we don’t have much riding on the defeat.”