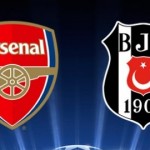 Arsenal are in a strong position after earning a draw in Istanbul, but they have several major absences to content with.

Aaron Ramsey was sent off in that match and is out through suspension, while striker Olivier Giroud could be out for three months with an ankle injury. He awaits a scan but certainly misses this one. Three more senior players also miss the game through injury, but Abou Diaby and Laurent Koscielny are present after minor problems.

But the Giroud absence, regardless of one’s opinion on the Frenchman, is key as it means Arsenal have only Yaya Sanogo as a fit, central striker: Alexis Sanchez is more a winger-playmaker and surely the Gunners will move in the transfer window?

Expect any action to come after this match though – the world’s best players (and Arsenal are in the upper end of the market these days) will only come for Champions League football, so they need to get past the Turks first. Stefan de Vrij Happy To Be Linked With Arsenal, Chelsea