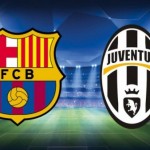 Barcelona and Juventus go head-to-head on Saturday night in the Champions League final, with the winners set to claim a historic treble.

The Spanish champions are hot favourites given their devastating form in the second half of the season, with Juventus a distant 5-1 to win the match over 90 minutes.

Yet Juventus will be anything but a pushover: this is a side that has won four Serie A titles in a row, and produced a consummate knockout football performance in outdoing Real Madrid in the semi-final.