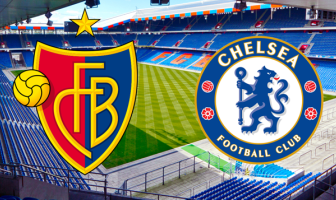 Basel have lost only once in their seven meetings with English opposition (W2, D4), winning the last two.

Chelsea have kept three successive clean sheets in the Champions League for the first time since October 2009. Only Bayern Munich have kept as many clean sheets as Chelsea in this season’s tournament (three).

Basel have only kept a clean sheet once in their last 13 Champions League games (v Bayern Munich in December 2010).

Marco Streller has been directly involved in seven of Basel’s last 10 goals in the Champions League (three goals, four assists).

Chelsea have only failed to score once in their last 24 Champions League games (v Juventus in November 2012).

No team has hit the woodwork more often than Chelsea this season (four times).

Ten goals have been scored in the three European encounters between Basel and Chelsea.

Arsene Wenger And Arsenal Deserve Each Other! – Jose Mourinho