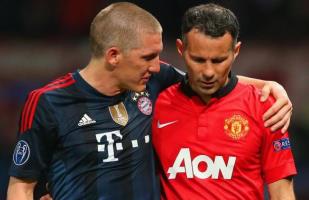 Bayern will be without three key midfielders for the quarter-final second leg, evenly poised after last week’s 1-1 draw. Bastian Schweinsteiger is suspended following his first leg sending-off, Javier Martinez also misses out through suspension, while a third key midfielder, Thiago Alcantara, is out injured.

Manchester United have doubts over the fitness of Wayne Rooney, although the striker has travelled to Bavaria despite his injured toe, which was heavily bruised in last week’s first leg at Old Trafford. Ashley Young is also doubtful after picking up a hand injury in the weekend’s win over Newcastle in the Premier League. But experienced left-back Patrice Evra has indicated he expects to be fit enough to return to the side after missing the first leg through suspension and despite struggling with a knee problem.