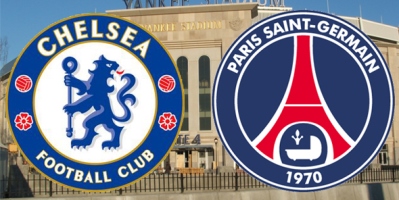 Striker Samuel Eto’o could be risked despite his recent hamstring injury when Chelsea face Paris St Germain in Tuesday’s Champions League quarter-final second leg seeking to overturn a 3-1 deficit. Eto’o has missed the last three matches, including the first leg at the Parc des Princes when Jose Mourinho fielded a strikerless starting XI, with Fernando Torres overlooked before returning for Saturday’s win over Stoke. Ramires is suspended, Nemanja Matic and Mohamed Salah are ineligible and Marco van Ginkel could be included on the substitutes’ bench after his lengthy knee injury.

PSG will be without Zlatan Ibrahimovic as the Swedish striker injured his hamstring in last week’s opening leg. Edinson Cavani, Ezquiel Lavezzi and Lucas Moura are the very considerable options to replace him as their main goal threat. Blanc also rested the vast majority of his starters over the weekend in preparation for the trip to London, so players like Thiago Motta, Blaise Matuidi and Marco Verratti – as well as new signing Yohan Cabaye – will all be ready.