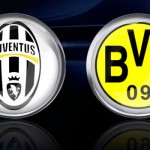 Arturo Vidal could make his return for Juventus against Borussia Dortmund, while Ciro Immobile will hope to get some playing time. After missing out on the game against Atalanta due to a groin injury, Vidal may be handed a starting shirt for this match, having joined his team-mates yesterday for regular training. The remainder of the Old Lady’s midfield is likely to be comprised of the familiar names of Andrea Pirlo, Paul Pogba and Claudio Marchisio. Coach Max Allegri will be faced with a familiar dilemma as he has to choose between Alvaro Morata and Fernando Llorente to flank Carlos Tevez. Ilsussidiario.net suggests that the former holds a slight edge thanks to his speed, which may trouble the German defence. Kwadwo Asamoah (knee) is definitely out, while Andrea Barzagli (ankle), Luca Marrone (thigh) and Alessandro Matri (thigh) are all doubtful

Dortmund coach Jurgen Klopp is coming off three consecutive victories in the Bundesliga and is unlikely to change his habitual 4-2-3-1 system. Ilkay Gundogan and Nuri Sahin are fundamental to the mechanisms of the midfield and can be expected to start. Pierre-Emerick Aubameyang is in solid form and Juergen Klopp has confirmed that he will start, though Immobile is bound to be driven at the idea of playing against his former club, and may see some playing time in the second half. Kevin Grosskreutz (hamstring) is definitely out, while Sven Bender (knee), Kevin Kampl and Sebastian Kehl (shoulder) are all doubts.