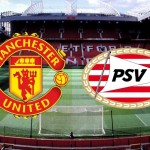 Manchester United have both Wayne Rooney and Anthony Martial back available for selection after they missed the weekend win over Watford, while Marouane Fellaini is also back in the running – meaning Memphis Depay is unlikely to be asked to play centre forward again.

Phil Jones and Ander Herrera are both out, however, meaning Van Gaal still has a few selection headaches to work through. Luke Shaw is a long-term absentee after the injury he suffered against PSV in the previous meeting between the two sides.

For the visitors PSV, Menno Koch and Jetro Willems are both out of the match due to knee injuries, while Maxime Lestienne is a significant doubt.