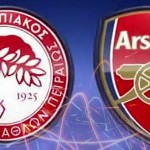 It’s a classic Arsenal situation: absolutely bottle it, then create enough hype to suggest they might turn it around. The Gunners’ objective: win by two clear goals, or by one goal if the scoreline is 3-2 or higher. Anything less will send Olympiacos through, and push Arsene Wenger’s side into the Europa League.

The London club have qualified for the second stage in each of the past 15 campaigns. That run is in jeopardy, not so much due to a 5-1 hammering at group winners Bayern Munich but because Arsenal were beaten in their opening two games including a shock 3-2 defeat at home to their next opponents. And even if they do scrape through, the fans’ jubilation will quickly turn to fear ahead of the last 16 draw.