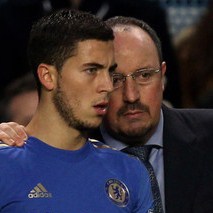 Rafael Benitez was given a nightmare welcome from Chelsea fans as the European champions ground out a dour goalless draw with Manchester City.

Former Liverpool boss Benitez was treated like a pariah in his first match in charge of the Blues but did manage to mastermind their first clean sheet in 11 matches and deny City top spot in the Barclays Premier League.

Sergio Aguero wasted the best chance of a turgid game in driving rain, which the visitors had the better of in the first half but the home side the second. Joe Hart Set To Be Benched For Tottenham Clash