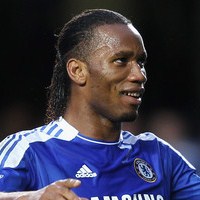 Chelsea were subjected to a humiliating 3-1 Premier League defeat at home to Aston Villa thanks to some shocking defending.

The Blues took the lead in the first half through a Didier Drogba penalty but Stephen Ireland soon equalised for the away side.

And Villa executed a smash-and-grab raid with two goals in the last 10 minutes as the David Luiz-John Terry central defensive partnership again comes under the spotlight.

First captain Stiliyan Petrov finished into the far corner then substitute Darren Bent finished from inside the box to seal the win.