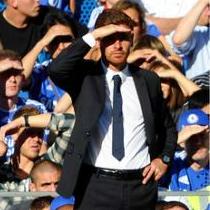 Chelsea claimed their first Premier League win under new manager Andre Villas-Boas after they came from behind to beat West Bromwich Albion 2-1 at Stamford Bridge.

Shane Long opened the minutes within minutes of the kick-off after a mistake by Alex, before Nicolas Anelka levelled for the Blues early in the second half.

West Brom looked on course to return to the Midlands with a well-earned point, but Florent Malouda struck in the final 10 minutes to take Villas-Boas’s unbeaten run of league games to 35, stretching back through his one season at Porto to his short tenure at Academica in April 2010.

Despite two highly admirable showings against top opposition from West Brom – they were narrowly beaten 2-1 by champions Manchester United on the opening day – they are now pointless after two games.