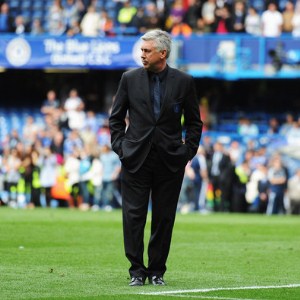 Carlo Ancelotti’s new-look Chelsea looked anything but challengers for next season’s Barclays Premier League title as they threw away victory against Newcastle.

In what could be his final home game in charge, Ancelotti’s team selection very much appeared to have the new campaign in mind and it looked promising when Branislav Ivanovic scored inside two minutes.

But Jonas Gutierrez soon levelled after unwittingly deflecting in Ryan Taylor’s free-kick and although Alex headed the Blues back in front late on, Steven Taylor snatched a draw at the death.