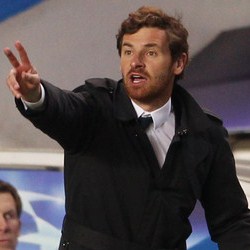 Chelsea avoided the unthinkable tonight as Andre Villas-Boas sacrificed his ideals for a place in the Champions League knockout phase.

With the Blues in danger of crashing out of Europe’s premier club competition before Christmas for the first time, manager Villas-Boas abandoned the cavalier tactics that have been the hallmark of his reign in what was the club’s final Group E game against Valencia.

The counter-attacking approach paid off spectacularly as Chelsea emerged from the brink of elimination to top the group thanks to a brace from the outstanding Didier Drogba, a goal from Ramires and Bayer Leverkusen’s failure to win at Genk.

That meant the Blues avoided a last-16 clash with the likes of Barcelona, Real Madrid, Bayern Munich and Inter Milan, although they would gladly have taken that ahead of a game Villas-Boas had repeatedly billed as ”life or death”.