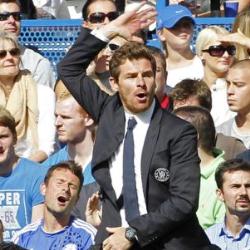 Juan Mata scored deep into added time on his debut as Chelsea defeated Norwich City 3-1 at Stamford Bridge to go joint top of the table, but the London club lost Didier Drogba to a nasty injury in the second half.

Drogba was taken off on a stretcher after receiving lengthy treatment. He appeared to be knocked out in mid-air when challenging goalkeeper John Ruddy for a high ball and landed nastily, with the incident ensuring that 11 minutes were added at the end of a dramatic match in West London.

Jose Bosingwa put Chelsea in front with a stunning goal after six minutes, before a mistake from stand-in goalkeeper Henrique Hilario allowed Grant Holt to equalise just after the hour mark as he hooked the ball home from the edge of the box.

Ramires drew Ruddy into a foul that earned the goalkeeper a red card after 82 minutes and Frank Lampard scored from the spot, before Mata netted in the 100th minute to give Chelsea a tally of seven points from their opening three games. However, any satisfaction will have been tempered by the worrying injury suffered by Drogba.