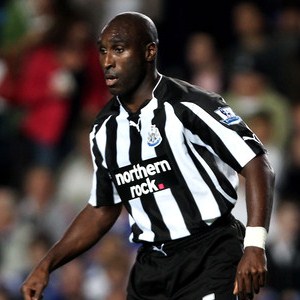 Newcastle’s Shola Ameobi sent 10-man Chelsea crashing out of the Carling Cup with a 90th-minute winner in a seven-goal thriller at Stamford Bridge.

Chelsea, who lost Salomon Kalou and Yossi Benayoun through injury, had taken a sixth-minute lead through young left-back Patrick Van Aanholt only for United to storm back and lead at the interval thanks to goals from Nile Ranger and Ryan Taylor.

Shola Ameobi made it 3-1 to United four minutes after the re-start but two goals from Nicolas Anelka (69, 86) looked to have taken the tie into extra-time.

However, Ameobi headed the winner from a Jonas Gutierrez corner in the 90th minute to earn United a deserved place in round four.