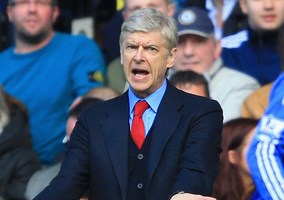 This was Oscar’s first goal or assist since January 1st

Arsenal have failed to score in their three games against Chelsea this season.

Arsenal have won none of their last 12 Premier League meetings against Chelsea, Man Utd or Man City (W0 D5 L7).

Chelsea have the best home record in the top flight with 44 points and are the only team not to suffer a home defeat in the Premier League this season.

The last Chelsea player to concede a Premier League penalty under Jose Mourinho was Khalid Boulahrouz and it was against Arsenal (May 2007).