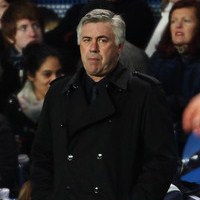 Chelsea went some way to lifting the gloom at Stamford Bridge as they began their defence of the FA Cup with a crushing 7-0 win over Ipswich.

The win sets up a fourth round tie with Everton at Goodison Park.

Ancelotti’s decision to continue last season’s policy of fielding some youngsters in the early rounds of the Cup did not backfire, with Daniel Sturridge and Frank Lampard scoring twice, Salomon Kalou also finding the net and Nicolas Anelka ending the personal goal drought that has coincided with Chelsea’s two months of misery.