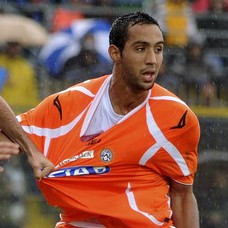 It is said that Blues boss Roberto di Matteo is keen on Benatia’s defensive versatility, with the Morocco international capable of playing in defence and midfield.

The 25 year old is being linked with a £10 million move to Stamford Bridge in January.

Arsenal and Manchester United have also been tracking Benatia this term.