It has been reported that Chelsea boss Jose Mourinho has banned Canal+ from interviews. 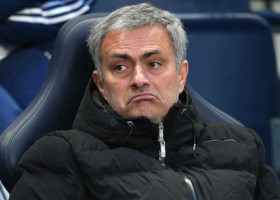 It is said that the Portuguese tactician is still angry after an off-the-cuff conversation about his strikers was broadcast.

Canal+ have TV rights for the Premier League and Champions League.

According to the Daily Mail, Chelsea have already informed the authorities they will make a player available to Canal+ to comply with media regulations but the network will not be hearing from Mourinho for the foreseeable future, such is his annoyance. Manchester United vs Chelsea – Who Will Win?