It has been revealed that Chelsea boss Jose Mourinho feels they need a new centre-forward signing. 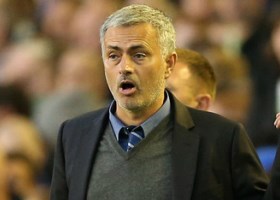 The Mail on Sunday reported that Mourinho is demanding Chelsea begin work immediately on signing a new striker in January after being angered by their failure in the summer window.

It is said that the Portuguese tactician was left stunned on deadline day when he was not given any realistic options to buy a new centre-forward — forcing Demba Ba’s proposed move to Arsenal to be called off late on.

The Chelsea manager does not believe the trio of Fernando Torres, Samuel Eto’o and Ba are strong enough to mount a challenge for the Premier League title and Champions League.

And he is angry that the club’s vast network of scouts and analysts failed to come up with any late alternatives, once it became clear that Manchester United were refusing to let Wayne Rooney leave.