It has been reported that Chelsea boss Jose Mourinho rates derby rivals Tottenham a title contender. 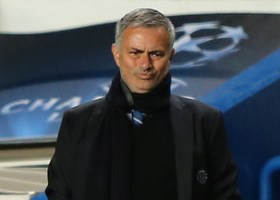 The Blues boss thinks Spurs are stronger this term after investing the money from Gareth Bale’s world record move to Real Madrid wisely.

The Portuguese tactician said : “I think they are a big contender,”.

“They were the champions of the market, all of them international players with quality.

“When I analyse Tottenham as an opponent, I think they have a much better squad now than they had the season before.

“They have a much better squad and because you win titles with squads – you don’t win titles with an especially good player – I think they are much more contenders than they were before.”