Reports are out claiming that Chelsea boss Jose Mourinho won’t rule out taking the Arsenal job! 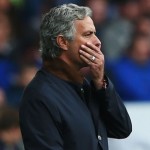 Morgan, writing in a diary of the GQ Man of the Year Awards for the Mail on Sunday’s Event Magazine, asked Mourinho about the Gunners job.

“Let me put it like this: one day I will leave Chelsea and when I do I will continue living in London,” he said.

“There are a number of other opportunities for a manager in London – Fulham, QPR, West Ham, Spurs, the England national team… and Arsenal.”

Mesut Ozil Eager To Prove Himself In The Premier League Arsenal Locked In Talks With Dinamo Zagreb For Marcelo Brozovic