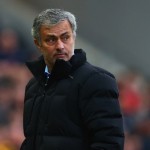 Reports are out claiming that Chelsea boss Jose Mourinho is making a move for Real Madrid midfielder Sami Khedira.

The Germany international, off contract in June, has announced he will leave Real at the end of this season.

A return to the Bundesliga has been mooted for Khedira, with Schalke confirming their interest.

However, Chelsea are now stepping in and are willing to offer the defensive midfielder a package worth €7 million-a-year.

Khedira and Mourinho enjoyed a good relationship during the Portuguese’s time in charge of Real. Indeed, the player’s support for Mourinho created some problems for him with certain teammates.