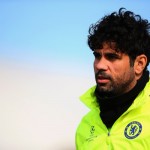 It has been reported that Chelsea boss Jose Mourinho has no doubts over Diego Costa’s temperament.

Top scorer Diego Costa has yet to be awarded a spot kick since joining from Atletico Madrid last summer.

A number of decisions have gone against him and he has become increasingly frustrated on the pitch.

Mourinho says he has not spoken to him about the situation personally, but wants the Spain striker to try and ignore any feelings of injustice.

“He knows. But we play our matches and we try to forget all these details. We have enough with very difficult opponents.

“It doesn’t matter the way he feels. We have another game on Sunday (against Hull) and he has to be in great condition.

“He is having a very good week, three very good sessions for him so don’t be influenced in previous matches or weeks, and go for this game with the best feeling possible.”