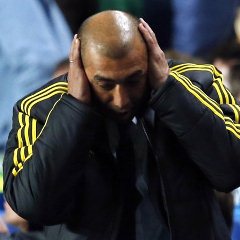 It has been revealed that Roberto di Matteo was left disappointed with their collapse against Juventus.

Di Matteo said: “We feel disappointed and a little bit deflated that we found ourselves in a fantastic position to win this game and we came away only with a draw.

“We should have closed the game and brought the win home.

“I think we should have dealt with it a little bit better. There was no pressure on the ball and it was pretty difficult to play offside.

“We lost possession just beforehand and we should have reacted much quicker to losing the ball than we did.”

He added: “It’s something that you try to improve all the time, to be composed in possession and to keep the ball better.

“We did during the game give the ball away a little bit too cheaply at times but I think we also played some good stuff tonight.”