Interesting transfer news are out claiming that Jose Mourinho is eager for Chelsea to push for pre-contract talks with Barcelona goalkeeper Victor Valdes. 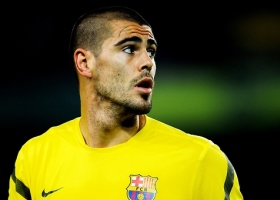 The 31 year old comes off contract at Barca in June and is free to sign a pre-agreement with a foreign club from January 1.

According to AS, the Spain international has made it clear he won’t go back on his decision to leave Barca at the end of this season and Mourinho is eager to bring him to London in the summer.

Mourinho wants Chelsea to secure Valdes’ signature as soon as they can and a bumper package worth €10 million-a-year is being drawn up for the keeper’s representatives to consider.